Many people know about Turing’s work that helped to win WWII but a lot of his other world changing computer work is discussed less, says the National Physical Laboratory chief scientist.

Turing created one of the first computers in the UK[/caption]

Dr Jan-Theodoor (JT) Janssen has been at the NPL since 1998, a place in Teddington in London where Turing worked after the war.

Janssen told us: “Turing joined the NPL right after the Second World War.

“During the war, of course, everyone knows he worked at Bletchley Park working on the Enigma machine and breaking codes with that machine.

“They developed some of the early prototypes of computing there. Then, when he joined NPL he built on that work and built one of the first real computers.

“It was called ACE, the automatic calculating engine, which is one of the first computers of its kind in the UK. It was basically built and designed on his ideas.”

He added: “He was only at NPL for three years before he moved on to Manchester University.

“He achieved building a computer which is the size of a small house in a period of three years. It’s very impressive, even by today’s standards.”

When Turing built his computer, semiconductors and transistors didn’t exist.

They are also important parts of the computers we have today.

But, as Janssen notes, other scientists built open Turing’s work and added new tech in.

Turing is now on the new English £50 note[/caption]

He said: “As technology improved his ideas moved on into digital computers and into the computers we know today. So it’s really at the foundations of the information age.”

This is why Turing is often called a father of modern computing because the principle of using a machine to do calculations is seen as starting with him.

Turing was also fascinated with working out whether machines can think and make decisions.

Janssen notes: “This is very much at the forefront today when people speak about AI, we start to develop computers and algorithms which are more advanced and can make decisions for us.

“And he already published papers in the 1950s on this topic. So this concept of AI also can be traced back to Alan Turing’s visionary work. Turing was one of the first people to look into AI.”

When asked whether putting Turing on the £50 is enough to honour his legacy, Janssen thinks we could do even more.

He told us: “I think Turing is still not very widely known for this really revolutionary work he did and also because he was prosecuted for being gay and was badly treated by the establishment at the time.

“If you think about what he did for the UK and breaking the Enigma code, developing the first computers, this visionary work around machine intelligence, it’s really important to honour him.”

Turing is now hailed as an LGBT icon and hero.

In 1952, he was prosecuted for being gay at a time when homosexuality was illegal in Britain and was given the choice of prison or chemical castration.

He chose the latter.

Turing died two years later from cyanide poisoning at the young age of 41.

The NPL has kept tech that Turing invented in one of its museums and the public can sometimes visit the institute on open days.

The NPL will also get one of the first £50 notes featuring Turing.

Who was Alan Turing? 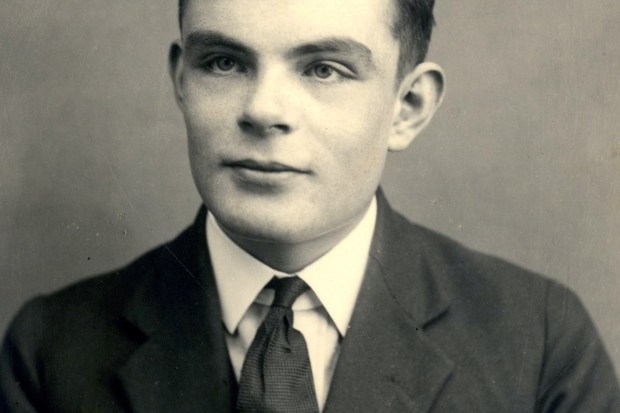 Here's some facts about the genius…

Alan Turing was born on June 1912 in Maida Vale, London and from an early age it was clear that he was highly intelligent.

After graduating from Cambridge he obtained a PhD in mathematics at Princeton University in 1938.

It was at Princeton that he developed the notion of a “universal computing machine” which could solve complex calculations.

Later this would become known as the Turing machine, which foreshadowed the digital computer.

At Princeton he also studied cryptology codes and cyphers which can be used to send secret messages.

Turing was asked join the Government Codes and Cypher School, a code-breaking organisation which is now known as GCHQ.

The organisation moved to Bletchley Park in Buckinghamshire, which became the top secret home of Britain’s code breakers.

He was based in the famous Hut 8 and his most notable achievement at Bletchley was cracking the German’s ‘Enigma’ code.

The Enigma was a machine used by the German armed forces to send encrypted messages securely.

Turing was as awarded an OBE for his services to the country in 1945 and made deputy director of the Computing Laboratory at Manchester University.

Turing was gay at a time when homosexuality was illegal in Britain.

He was charged with gross indecency and convicted under Section 11 of the Criminal Law Amendment Act 1885.

He pleaded guilty and opted for chemical castration by a series of injections of female hormones.

The scientist was rendered impotent and his security clearance was removed barring him for continuing his code breaking work for GCHQ.

Turing died two years later from cyanide poisoning in an apparent suicide – though there have been suggestions his death was an accident.

In 2013 he was officially pardoned thanks to a campaign backed by MPs and celebrities like Professor Stephen Hawking, Stephen Fry and Benedict Cumberbatch.

In other news, Microsoft has revealed its highly anticipated Windows 11 software.

Instagram is making it easier for you to publicly display your pronouns on your profile.

And, Facebook is facing backlash in the US over plans to create a version of Instagram for children under 13.

Google delays death of third-party cookies to end of 2023