TOUGHER lockdown restrictions could last until the spring under one scenario proposed by government scientists.

Boris Johnson is to decide on Monday what measures are needed to tackle the Omicron Covid strain with questions remaining over New Year’s Eve.

Empty bars, restaurant sea coffee shops that would normally have been packed[/caption] 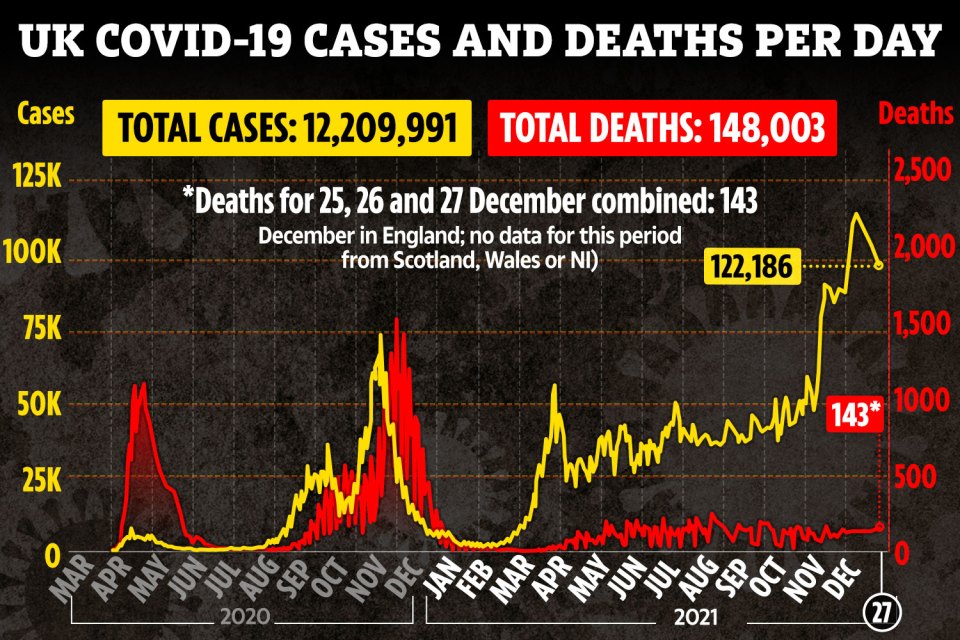 The Government’s Scientific Advisory Group for Emergencies (Sage) panel has examined modelling looking at Step 2 restrictions lasting for up to three months.

This includes banning indoor mixing of households, with the rule-of-six outdoors – from either December 28 or January 1, lasting until January 15, 28 or March 28.

A string of hugely positive studies show Omicron IS milder than other strains, with the first official UK report revealing the risk of hospitalisation is 50 to 70 per cent lower than with Delta.

The Warwick University modelling has not been examined by ministers, who are waiting for more data before making any decisions on any extra measures.

A Downing Street source played down the possibility of the later of the three month dates being implemented given that the modelling has not been seen by ministers, the Telegraph reports.

A paper produced by the Spi-M-O modelling panel for Sage said “rapidly enacted Step 2 measures reduce the peak of hospital pressure to about half its level under Plan B only”.

Minutes of a Sage meeting from December 23 warned of a large wave of hospitalisations about the hit country.

It said admissions “may be comparable to or higher than previous peaks” including January last year.

“The earlier interventions happen, and the more stringent they are, the more likely they are to be effective,” said the scientists.

UK Health Security Agency chief Jenny Harries said there was a “glimmer of Christmas hope” in data published on Thursday suggesting the Omicron might cause less severe illness than the Delta variant.

The NHS will continue to roll out vaccines on Christmas Day and Boxing Day this year in a bid to protect people from Omicron.

The number of deaths in England of people with the Omicron variant has risen to 29, according to the UKHSA.

Hospital admissions in England for people with confirmed or suspected Omicron rose to 366.

But in news that will bring some festive cheer, there is a suggestion that Omicron could be fading in South Africa.

South African scientists are confident the Omicron outbreak there is receding and may last a total of just a couple of months.

Infections have spiralled in the past week and admissions failed to reach expected levels, as hospitals “never reached capacity”.

Francois Venter, a medical professor at the University of the Witwatersrand in Johannesburg, predicted that at the current rate of decline, Omicron would “be pretty much gone” from all of South Africa by the end of January, The Times reports.

And Professor Salim Abdool Karim, who leads the country’s pandemic response, said he expected “almost every other [country] to follow the same trajectory”.

Data from the Office for National Statistics (ONS) also revealed that one in 35 Brits currently have Covid, with one in 20 Londoners testing positive in the week to December 19.

It adds up to a record number of weekly infections with 1.7 million infections struck by the virus.

The 122,186 cases reported yesterday marks a grim new high and is 2.8 per cent higher than the day before.

Rates are also 31.3 per cent higher than last Friday.