DAILY Covid cases are the lowest they’ve been in six MONTHS as Boris Johnson prepares to end the final restrictions TOMORROW. 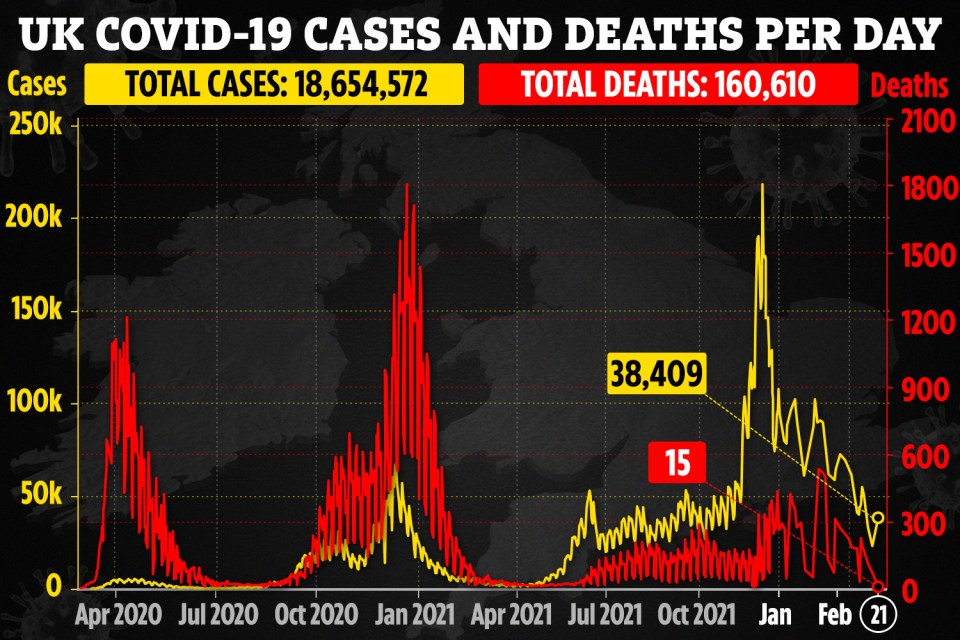 The last time Covid cases were lower was August 10 last year, when 23,510 infections were reported in a 24 hour period.

Today’s figures bring the total number of infections since the pandemic began 18,605,752.

Among those who have tested positive today is Her Majesty the Queen- who has caught the virus at the age of 95.

Palace officials say she will still carry out “light duties.”

It comes as Boris Johnson is set to announce an end to self-isolation rules on Monday.

He will repeal all pandemic regulations that restrict public freedoms in England as part of his Living With Covid plan.

And the Prime Minister could reportedly bring the new rules in from Thursday.

Ministers said future variants are expected to be similar to Omicron in terms of being milder than early strains.

Free lateral flow and PCR Covid tests are set to also finish shortly in a timetable the PM is due to set out in his announcement on Monday.

However free tests are likely to still remain available for the more vulnerable including the elderly.

Mr Johnson said ahead of his announcement:  “Covid will not suddenly disappear, and we need to learn to live with this virus and continue to protect ourselves without restricting our freedoms.

“We’ve built up strong protections against this virus over the past two years through the vaccine rollouts, tests, new treatments, and the best scientific understanding of what this virus can do.

“Thanks to our successful vaccination programme and the sheer magnitude of people who have come forward to be jabbed, we are now in a position to set out our plan for living with Covid this week.”

And speaking on BBC One’s Sunday Morning Programme, the PM said he wanted to encourage “personal responsibility” instead of state diktats.

Mr Johnson said: “I’m not saying you can totally throw caution to the winds, Covid remains dangerous if you’re vulnerable and if you’re not vaccinated, but we need people to be much more confident and get back to work.

“I do want to see our country really getting back on its feet.”

Despite the change in restrictions, passenger locator forms for those arriving in the UK are set to stay, it’s been reported.

The forms could possibly be scrapped later in the spring.

Passenger locator forms were simplified earlier this month for fully vaccinated travellers, who now only need to confirm their jab status, travel history and contact details. 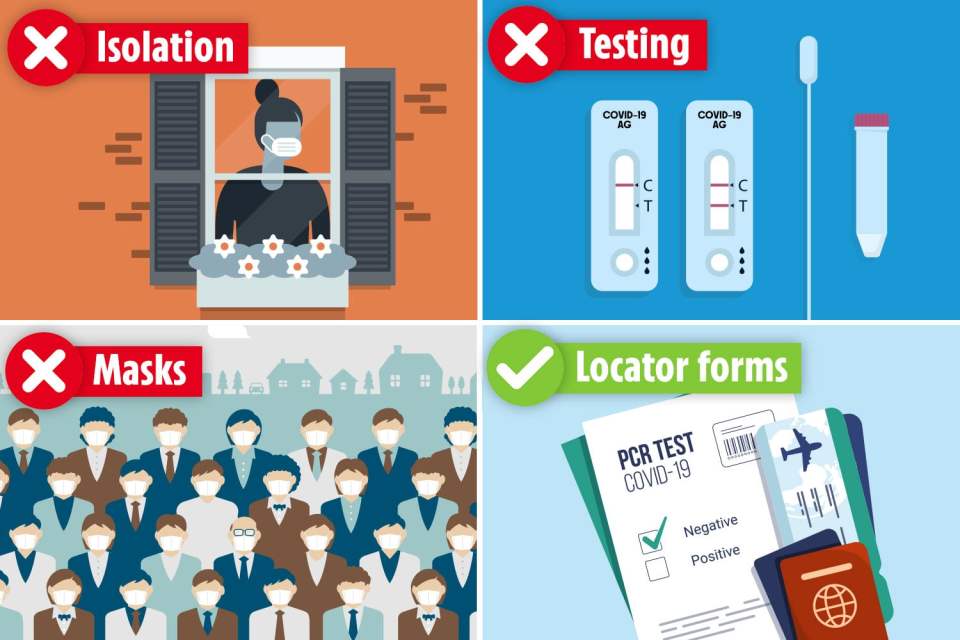