THIS week I bring you two wonderful fakeaway recipes.

Both dishes freeze really well and are a lot cheaper than buying from the local takeaway.

I love a fakeaway as they really feel like a treat and the kids love them.

Both are sure to keep the whole family happy and are ideal for batching. 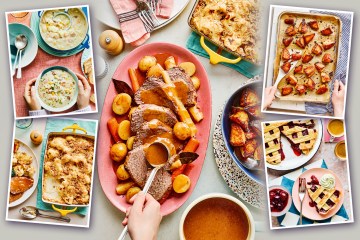 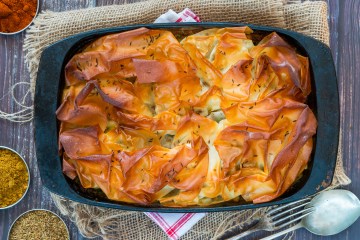 PIE OF MY EYE

METHOD: Warm your tortillas in the microwave for 15 seconds.

Spray a non-stick frying pan with oil. Place one of the wraps in the saucepan and scatter over half the chicken, sweetcorn and cheese and pop a second wrap on top.

Once golden on one side, flip over carefully and allow the second side to turn golden.

Remove from the pan and slice into four. Repeat with the other tortillas and fillings, so each person will get two quarters.

Ready to freeze: Once cooled completely, wrap up well in cling film. I like to wrap each quarter individually as they work well as a snack.

Ready to eat: Just unwrap and microwave the frozen quesadilla for two to three minutes on high. Serve with some salsa and guacamole.

Urgent hunt for missing mum and daughter, 10, last seen on Sunday after vanishing in Suffolk