Will anyone ever end this illegal migrant invasion on British shores?

THE Great British summer has arrived after the most gloriously warm and sunny springtime on record.

It was the perfect end to two years of pandemic misery and a godsend for hard-pressed families struggling to cope with soaring energy bills.

It is also ideal sailing weather for the non-stop armada of small boats ferrying illegal migrants across the English Channel.

This modern variant of the slave trade, run for big money by ruthless international crime gangs, is booming.

A record 28,526 migrants reached British shores last year, with another 2,603 this month alone — TREBLE the number for March last year.

That tally will grow before you read this. 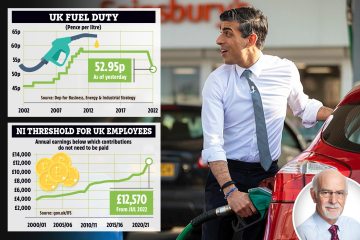 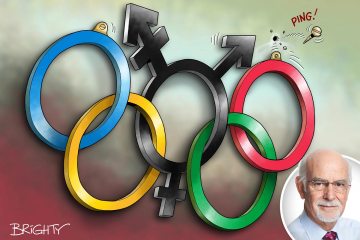 Finally, we are fighting back on transgender lunacy

At least 40,000 migrants — more than the population of Chichester and around the same as Bury St Edmunds — are warehoused in hotels around the UK, costing taxpayers £1.7BILLION a year.

These illegal opportunists — mostly young men, some claiming to be children — barge their way in ahead of genuine asylum seekers from war-torn countries such as Ukraine and Afghanistan.

They may be determined but they are not desperate. They have travelled through many safe EU countries to get here.

They pay thousands of pounds to people smugglers who make them dependent, often for criminal purposes, after they have landed.


I know why Smith slapped Rock and am moved to defend him, says Piers

Thousands more are on their way, packaged like sardines on dangerously unseaworthy vessels. The thugs couldn’t care less if they sink mid-Channel.

Now, in the words of migration minister Tom Pursglove, “the British public have had enough”.

Yet despite the best efforts of Home Secretary Priti Patel to push through tough new laws against people smugglers, “enough” has effectively lost its meaning.

Britain is already home to an estimated 1.2million illegals who have disappeared into the system.

They cannot work legally. It has proved impossible so far to send them home.

This is a catastrophic failure of public policy by successive governments — starting with Tony Blair and abetted by Gordon Brown but followed by pussy-footing Tories for the past 12 years.

New Labour opened the floodgates to cheap labour from eastern Europe in 2004, in what one of Tony Blair’s closest pals described to me as “treachery”.

“This was treachery,” said Blair’s ally, who does not want to be named.

It also changed the face of Britain — welcomed by the likes of actress Emma Thompson, who say Britain is “too white”, but bitterly resented by nearly everyone else.

Very few of those 40,000 now rotting unhappily in hotels are likely to win visas to stay or work.

Their numbers are dwarfed by the vast numbers of illegal migrants who have already disappeared into the population in London, the Midlands and the North.

But new laws seem unlikely to stop the lucrative trade in human beings — aided and abetted, it must be said, by French border authorities and escorted by warships of the French navy.

French President Emmanuel Macron is very happy to see France’s immigration problem, a major cause of social upheaval, shipped to the UK.

Our so-called Border “Force” is little more than an escort agency, delivering blankets, pizzas and hot drinks on demand.

Priti Patel has vowed her new laws, currently battling their way through Parliament, will make illegal crossings “unviable” and block 100 per cent of undocumented arrivals.

That would be extremely popular. It might even be an election winner.

But will the soggy-bottomed Home Office put it into effect?

Will woke judges and police enforce the law? Will the race industry tolerate such measures from a Tory minister — even a female with a Ugandan-Indian immigrant background?

And, most important of all, will a Government led by Boris Johnson preside over a crackdown which would see thousands of illegals ordered to be flown home?

Asleep at the wheel

WHAT has the world done to deserve “Sleepy” Joe Biden vs “Mad Vlad” Putin?

One is a bewildered geriatric. The other a paranoid psychopath with nukes.

It was Biden who last month invited Putin’s tanks to grab a “limited” bite out Ukraine.

Now he has raised the prospect of a chemical attack by branding Vlad a war criminal who should be toppled.

If Sleepy keels over, we have the even more worrying “Cackling Kamala” Harris standing by as Vice President to lead us into Armageddon.

And these guys were chosen by the world’s greatest democracy! Out of 330million people!