AN Aldi shopper has shared an easy checkout tip which instantly speeds up the shopping process.

And it doesn’t just work in Aldi, but other supermarkets too – and even staff agree that it solves a very “frustrating” problem.

She said it’s important to separate your fruit and veg and not mix them together in the same bag as this makes it harder for the cashier to scan.

The shopper said she’d witnessed some customers mixing similar items in a bag, such as red and green peppers, for example.

But each have different item codes and sometimes prices too which means the checkout staff have to remove them from the bag which takes up loads of time. 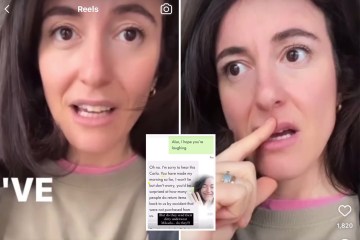 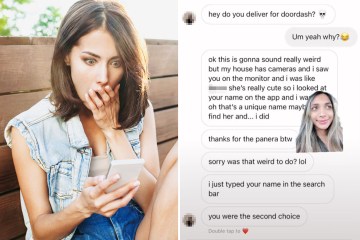 She wrote: “Just a little tip to make your fruit and veg a bit easier for the register staff.

“Separate colours of fruit such as peaches and nectarines, as well as red and green peppers.

“Even if they’re the same price, they’re not the same item and require different inputs. This will save your tied up produce bag from potentially being ripped open to separate the fruit.”


I’ve picked a chavvy name for my kid – it's horrible, I want to change it

People who work at Aldi were particularly thankful for the tip, with one saying: “As a cashier in a supermarket, thank you for this.”

FABULOUS BINGO: GET A £5 FREE BONUS WITH NO DEPOSIT REQUIRED

Another said: “Yes zucchinis and Lebanese cucumbers need different bags, yes peaches and nectarines need separate bags and yes I know what fennel is you don’t need to tell me before I scan it!”

And a third added: “When I used to work [in a supermarket], it would be so frustrating when people would put different items in the one produce bag.

“I understand they are probably trying to save the use of plastic and all, but the operators are the ones that have to pull it all out, separate, weigh and scan and out back in. It’s really a pain in the a***.”

Someone else said it used to “happen all the time” when she worked in a supermarket, and said customers would often say “Oh but it’s the same price” which was never actually the case.

“They have different codes so need to go in separately for stock control purposes,” she added.

But the tip left some rather surprised as they felt it was “obvious”.

‘MISS YOU SO MUCH’

“That’s the craziest thing I have ever heard!” one person said, adding: “why would anyone chuck everything into the same bag when it’s clearly different?”

“It’s common sense that each item will be separate,” they said.

A chef has revealed a very simple hack for peeling hard-boiled eggs in a matter of seconds – and people are “mind blown.” Hands up if you’ve ever spent longer trying...