IN towns and cities across the nation, hungry militants are throwing off the duvet, sharpening their claws and looking for easy prey: The long-suffering British taxpayer.

They are the Corbynista civil servants, red in tooth and claw, and after two years hibernating in front of the telly, they are ready to strike near you.

We are witnessing the stirring of the first direct challenge to elected authority since Marxist miners’ leader Arthur Scargill tried to bring down Margaret Thatcher in the 1980s.

The devil, as Archbishop Justin Welby might say, makes work for idle hands.

Thanks to Covid, these strike-happy troublemakers won’t even have to leave home to launch their attack.

The pandemic may be over. It is safe to mingle. Yet millions of civil servants are now openly defying ministerial pleas to stop working from home and return to their desks. 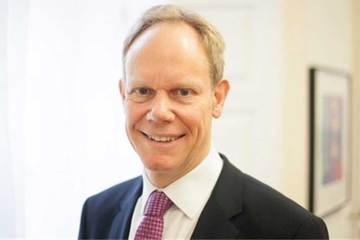 Civil servants told to state if they’re male, female or non-binary in emails 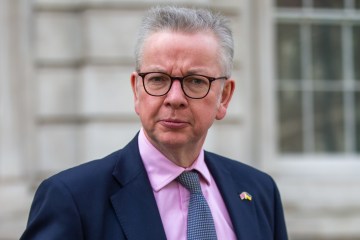 Up to 70 per cent of the bloated state workforce are sofa-surfing and watching Netflix instead.

One Whitehall union chief had the nerve to condemn the idea of actually having to turn up at the office as “vindictive”.

Now The Blob has gone a dangerous step further, by sabotaging key government plans to halt the trade in human misery by murderous people-smugglers.

In a flagrant challenge to democracy — and to their civil service code of neutrality — unelected Home Office mandarins and staff are ganging up to block flights of cross-Channel illegals to Rwanda under Home Secretary Priti Patel’s scheme.

OUT IN THE COLD


Vile mum GUILTY of killing son, 7, left to die in garden while 'gasping for air'

A similar idea was hatched by Tony Blair’s Labour Government in talks with Tanzania and came close to enactment by his Home Secretary David Blunkett. It was backed by minister Yvette Cooper who now, as Shadow Home Secretary, denounces the Rwanda plan as “shameful”.

Denmark, hailed by the Left as a progressive paradise, is currently deep in negotiations with Rwanda for precisely the same arrangement.

But this has not stopped an hysterical outburst from shroud-waving lefties who brand any attempt to send migrants to the East African nation as “racist”.

The Guido Fawkes website has unearthed a frenzy of feigned horror on an online, Home Office-sanctioned consultation site.

Bleating workers ludicrously compare themselves to the World War Two Holocaust Nazis who claimed they were “only obeying orders”.

Some of these hothouse plants fear their “mental health” will be at risk.

Many openly call for strike action. “Can we be collectively courageous and just say No?” wails one.

Another writes: “Can our PS (Permanent Secretary) give staff any advice on coping with our consciences? I don’t feel safe telling people I work for the Home Office any more.”

These sensitive souls are unsackable jobsworths who earn 11 per cent more than private-sector workers, plus perks. They have little experience of real life.

Yet they seem to believe they have the right to veto Government measures overwhelmingly supported by voters.

In a flagrant challenge to democracy — and to their civil service code of neutrality — unelected Home Office mandarins and staff are ganging up to block flights of cross-Channel illegals to Rwanda under Home Secretary Priti Patel’s scheme.

Such challenges from supposedly impartial civil servants put Whitehall at war with the elected Government of the day — a threat that no administration can afford to ignore.

Mutiny has been simmering since the very beginning of the Covid lockdown.

Whole departments — Education, Transport, the Foreign Office and even the Treasury — effectively ground to a halt.

The DVLA licensing department famously shut up shop, curled up in front of the TV and allowed mountains of driving licence applications to pile up untouched.

Covid exposed long-standing failings in the NHS, the nation’s biggest employer, and other health agencies that were caught flat-footed by the worst epidemic since the 1918 Spanish flu.

Only the police seemed to work overtime, abusing their power to stop ordinary citizens from going about their daily lives.

It was always going to end with demands for pay rises, fuelled by the soaring cost of living. Now, as the pandemic ends, union militants have scented blood. We are heading for a summer of discontent.

Ports and airports are grinding to a standstill as the holiday season begins.

This presents both a threat and an opportunity to Boris Johnson.

The public sector — including the beloved NHS — is ripe for reform. Ministers should take it head-on.

There are already plans to slice 40,000 off the payroll. But there is plenty more fat on this joint.

Ministers should announce an immediate recruitment freeze, with a target of cutting the state’s nearly six million workers — many of them “the hidden unemployed” — by ten per cent.

We should have an urgent review of future pension arrangements, the final-salary pension-proof retirement plans which barely exist elsewhere.

Vile mum GUILTY of killing son, 7, left to die in garden while ‘gasping for air’

Those who refuse to return to their desks should forfeit rail season-ticket passes and, for the majority based in our capital city, the average £4,000-a-year London weighting allowance.

The civil service is too big for its boots. It is rammed with Remainers. And it has abused its avowed role as a non-political servant of the people. It is time for a cull.