A MUM battling cancer faces moving her family to a new area or living on the streets after being evicted by her landlord.

Shirley McPadden and husband Shayne had rented their home in Great Barr, West Mids, for 11 years when they were told urgent repairs needed to be carried out.

The mum-of-six turned to the council for help and was offered a hostel and then a home six miles from her children’s current schools.

She now fears living in her car and claims even a private landlord won’t take the family in because of her aggressive breast cancer.

Shirley told Birmingham Live: “I understand I need to leave my property. But I have triple negative breast cancer and I have been told by the consultant I need to rest for my treatment to work.

“The council phoned on Wednesday, May 4, and talked about hostels again. I said I wouldn’t go in them. Then the woman said there was temporary accommodation in Melbourne Avenue. 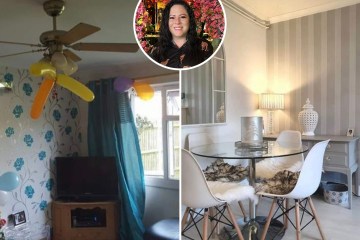 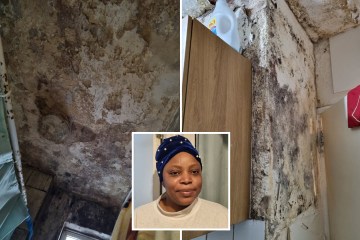 “If I don’t take it, they are discharging me from their services. It is dispersed accommodation for a minimum of six months but we can’t take our furniture as they are furnished so I have to pay for storage on top of the £912-a-month.

“It’s for homeless people who have nothing. It’s much higher rent for a s**thole.”

Shirley was diagnosed with breast cancer in January and found out two months later she was being evicted.

The mum claims she has been told to take the temporary accommodation offered or risk being “discharged” from the council’s services.

She added: “I’m going to struggle to do the school run from there. Also the toilet’s on a different level. It’s an upside down house. When I have chemo I can’t move.

“They want you to be destitute, scared and desperate and then take anything.

“It is temporary accommodation and I will have to move again but I am not up to it.”

Shirley said she tried to get back into private renting using a glowing reference from her landlord.

But she claims none of the estate agents “would touch us with a barge pole” due to her illness.

She said: “When the agents looked at me with no hair and tubes in my body and in my arm they turned us down.

“One said: ‘We don’t want cancer in our property’.”

A spokesman for Birmingham City Council said: “We are sorry to hear this family is being made homeless from a private property. A housing officer has been in touch with them and, due to the emergency situation, they were offered bed and breakfast.

“In order to help the person find alternative accommodation our private rented sector team have been actively looking for suitable properties.

“They have sourced one which we believe is suitable. Birmingham City Council encourages anyone who thinks they may be made homeless to come to us as early as possible so we can help prevent this.”

Shirley and husband Shayne are being evicted from their home[/caption]