WALES rugby chiefs have launched an investigation after a photo emerged appearing to show lines of white powder on the National Shield Trophy.

The image surfaced online after Tonna RFC won the WRU National Shield with a 52-19 victory over Crumlin on Saturday, April 30.

It was accompanied by a one-word caption on Snapchat which simply read: “Winners”.

The photo began circling around the internet and the Welsh Rugby Union were forced to comment on the issue.

A spokesperson told WalesOnline: “We are aware of the image and intend to investigate it immediately with UK Anti-Doping as per our safeguarding and anti-doping guidelines.”

Meanwhile, a spokesperson for Tonna RFC said: “This has come as a shock to us and we will investigate it thoroughly. 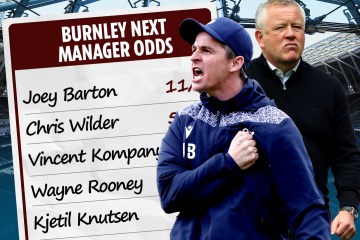 “We are the epitome of a family club and we will not tolerate any illegal substances in or around our premises.”

Tonna claimed the trophy in front of 6,500 fans at the Principality Stadium.

And the club were buzzing to secure the silverware after an impressive display.

The club tweeted: “What a day! Many thanks for incredible support we had on Saturday.

FIT FOR A PRINCE


Naseem Hamed pictured near Windsor after renting £1.4m house next to Queen

“Commiserations to Crumlin who contributed hugely to an entertaining game.”

They are due to play their additional fixtures this coming week.

EDDIE Jones admitted he was not “happy” after a humbling record defeat to a ruthless Barbarians side at Twickenham. Despite losing Australian Will Skelton to a first-half red card, the Baa-Baas went...

PR experts on newsjacking: A useful practice or unethical marketing?