BOMBSHELL new photos show Boris Johnson and top aides surrounded by bottles of booze at one of the Partygate gatherings.

The PM is seen leading a wine toast with a handful of staff at a leaving do for his comms chief Lee Cain on November 13, 2020.

They are all gathered round a table crowded with several bottles of plonk with the PM’s red box propped up on a chair.

At the time meetings between people from separate households were prohibited – unless they were in an “exclusive support bubble”.

Cops did NOT fine Mr Johnson over the event and only stung him for a single birthday bash in the Cabinet Room.

Scotland Yard detectives trawled through more than 500 pics during their £435,000 Partygate investigation.

But the latest snaps obtained by ITV News gives the PM a fresh headache as publication of the Sue Gray report looms within days. 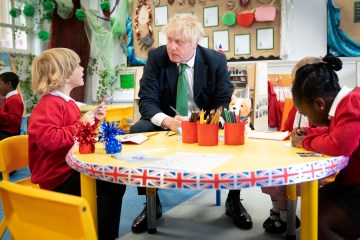 More financial help IS coming, vows Boris Johnson as ‘no option off the table’ 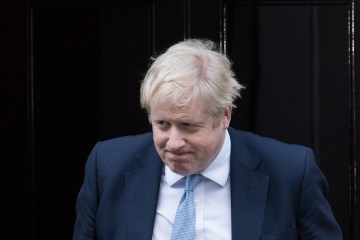 Ms Gray is set to tear into the culture in Downing Street during lockdown that led to several rule-busting bashes.

No10 were today forced to admit that they recently instigated a meeting with the Whitehall enforcer after initially saying the opposite.

The PM and Ms Gray met last month to discuss “the process” of how she will publish her report, which is expected to name senior officials.

More pictures could surface with the report. Embittered ex-aide Dominic Cummings warned snaps would emerge regardless.


I'm no homewrecker, it's Lorna's fault we are together, says Ukrainian refugee

Labour’s Angela Rayner – who is facing her own Currygate probe with Sir Keir Starmer – tore into the PM tonight.

She said: “While the British public were making huge sacrifices, Boris Johnson was breaking the law.”

Lib Dem MP Daisy Cooper piled in: “People will rightly be furious to see pictures of Johnson drinking at what is an obvious party, when he repeatedly told us that the rules were followed at all times.

“These photos show Boris Johnson has taken the British people for fools. While the public made huge sacrifices, he partied in Number 10.”

Meetings between households were not permitted under strict lockdown rules[/caption]

PM Modi's address in Tokyo: The world needs to follow the path shown by Lord Buddha