THIS is the terrifying moment a massive brawl unfolded in front of terrified shoppers as they screamed “he’s got a knife”.

Cops raced to Chatham High Street in Kent around 3pm yesterday to reports of a group of men fighting in the street.

The chaos unfolded in Chatham High Street in Kent[/caption]

Police seized a blade at the scene and arrested two men, aged 19 and 20, from Chatham.

All three men have been arrested on suspicion of affray.

Terrifying footage captured by a bystander in the high street shows a group of men lunging at each other. 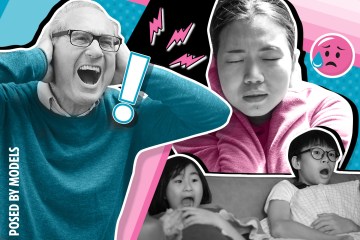 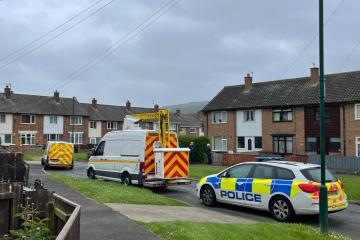 One man can be seen using a black chair as a weapon, while another thug repeatedly kicks a man.

The footage shows at least six men involved in the shocking brawl as horrified shoppers can be heard screaming “he’s got a knife”.

The group are seen running and yelling down the high street as the person videoing says “take the child back the other way please”.

Cops believe one man was left with facial injuries in the incident and are continuing to identify those involved.

THIS is the shock moment a bus explodes as a raging fire takes hold at a depot. Huge plumes of smoke can be seen across Potters Bar in Hertfordshire as firefighters...

Monkeypox outbreak ‘likely sparked by sex at two raves in Spain and Belgium’, WHO warns