WE have one question for those Tory rebels plotting to oust Boris Johnson.

Just who do they want to replace him? The truth is, they’ve no idea.

Which makes the purpose of a confidence vote an exercise in pointlessly inflicting damage on a Prime Minister while not wounding him fatally.

Yes, things can change very fast in Westminster politics. But surely not so quickly that Jeremy Hunt ends up being leader. Or Penny Mordaunt.

There will be more serious candidates biding their time, of course.

If the 54-letter threshold is reached this week, the resulting vote should be used by Boris as a platform to win convincingly then get on with the job. 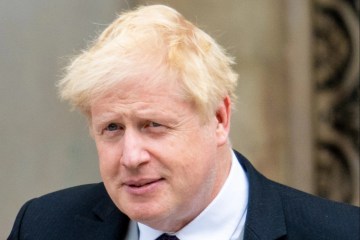 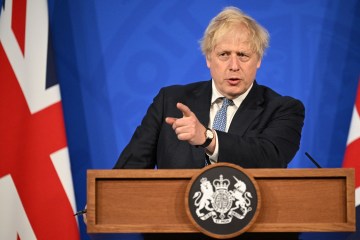 The PM who delivered Brexit and the Covid vaccine has the ability, tenacity — and luck — to deliver again.

The country faces very serious problems and this is absolutely not the time for political games.

If they do defenestrate Boris, Tory MPs may find a confidence vote in THEM at a General Election in two years’ time looking very bleak for them indeed.

GRANT Shapps says he will do everything he can to help ease the airports crisis.

As Transport Secretary he is obliged to bang a few aviation bosses’ heads together on our behalf. But there is a dangerous trend since the Covid pandemic for people to see every problem as the Government’s responsibility to solve.

Worse, it seems to have eroded any idea of corporate responsibility.
Fatcat bosses of airlines and airports were the first to scream for billions of taxpayers’ cash.

Now that they have been caught taking your money again while not delivering the basic service of providing a seat on a plane, their first move is to blame the Government.

It’s been nearly a year since most serious Covid restrictions were lifted but, of course, they blame “Brexit” for recruitment problems.

The Government should resist any special pleading on immigration rules for the travel sector.

CONGRATULATIONS to Wales’ footballers for ending a wait almost as long as the Queen’s reign to reach a World Cup.

The Dragons can now look forward to a mouthwatering showdown with England in the group stages in Qatar.

But we salute their vanquished playoff opponents Ukraine too, who were so desperate to bring some joy to their besieged country.

Meanwhile, as Vladimir Putin rains down missiles in Kyiv, Ukrainian forces with their never-say-die spirit have rallied to recapture half of the key city of Severodonetsk.

Those are the victories that matter most.

GTvsRR: Great clash between Butler and Shami in grand final, this could be the