THE family of a woman killed in a devastating crash have hailed her the “most caring” guardian who was “loved by an army of people”.

Alice Birchall, 22, died in hospital after her car smashed with an Audi on Manston Lane, Leeds, shortly before 9pm on Saturday.

The history graduate had her ‘whole life ahead of her’[/caption]

Devastating images show the scene of the crash in flames, as emergency services battled to save the drivers.

The 34-year-old man driving the Audi and his passenger, an eight-year-old girl, are still in hospital with serious injuries.

But paramedics were unable to save history graduate Alice, from Leeds, West Yorks.

In a heart-breaking statement, her family said: “Alice was the most caring and considerate young women you would ever wish to meet. 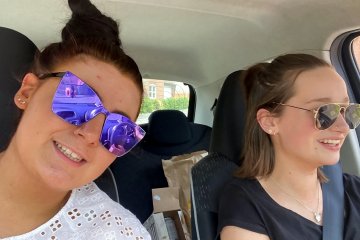 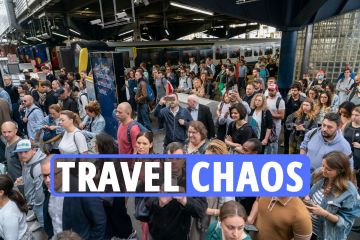 “The passing of both her mum and dad at a young age meant that Alice matured quickly and became a guardian to her younger sister Amy.

“She protected Amy with her whole heart and cared for her so very well.”

They added: “Alice is loved by more than an army of people.

“Alice’s life was finally coming together, she had graduated from university with a history degree and she had just secured her dream job working in fine jewellery, which she was due to start in two weeks’ time.

“Alice was the happiest she had ever been with her whole future in front of her.


Schoolgirl, 14, who lured Olly Stephens to his death boasted 'I'm so excited'

“This incident has left Amy devastated at the loss of her guardian but more importantly her best friend.

“The whole family is in shock and have no words that could truly understand the cruelty of the situation. Alice deserved so much better than what happened.”

Alice was driving a grey Nissan Juke at the time, while the other car involved was a a grey Audi RS Q3.

Officers from West Yorkshire Police’s Major Collision Enquiry Team are continuing to probe the tragic crash and have urged anyone with information to come forward.

You can contact the Major Collision Enquiry Team via 101 quoting Operation Pearlmere reference 13220330463 or by visiting www.westyorkshire.police.uk/101livechat.

The devastating crash saw firefighters called to the scene[/caption]