LIZ Truss today stuck two fingers up to Brussels chiefs and cracked on with introducing powers so she can blow up parts of the Brexit deal.

The government wants to fix “broken” areas of the Northern Ireland Protocol that are causing trade carnage between Britain and the province.

Liz Truss in the House of Commons[/caption]

Boris Johnson is meeting world leaders at the G7 summit[/caption]

Annoying red tape is clobbering firms that send goods and services across the Irish Sea.

Ms Truss told the Commons: “We have looked at all the alternative solutions and the only solution that is effective is this Northern Ireland Protocol Bill.”

Speaking from Germany where he is attending a meeting of the G7, Boris Johnson said the government is trying to “fix something that I think is very important to our country”.

“You’ve got one tradition, one community that feels that things really aren’t working in a way that they like or understand.” 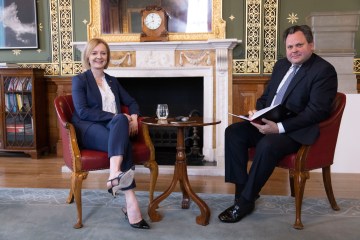 Truss slams snobbish Brits who dislike their country & side with EU 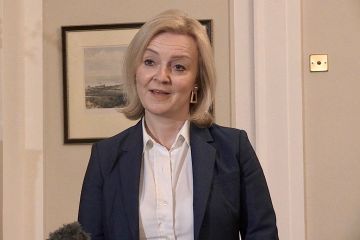 He added: “You’ve got unnecessary barriers to trade from Great Britain to Northern Ireland.”

Under the proposed new powers, the government will be able to create a red and green light system for goods travelling from Britain to the island of Ireland.

Goods going to Northern Ireland will be able avoid crippling EU red tape and bureaucracy, while those destined for the Republic will still be subject to tight Brussels rules and restrictions.

The new powers will also allow the government to set UK-wide VAT policies, which Northern Ireland cannot currently benefit from.

And it will block European judges from being given a final say on disputes in the country.

In a swipe at Euro judges, Ms Truss said the European Court has already become one of “the most controversial elements of the protocol”.

Government has tried to negotiate with Brussels to reach a shared agreement on reforming the Northern Ireland Protocol.

But Brussels has refused to play ball and accused Ministers of breaking international law by introducing the bill.

Ms Truss is also braced for a Tory backbench revolt as rebels blasted her plans as illegal – though she strongly denies this.

Former Cabinet Minister Andrew Mitchell said: “Many of us are extremely concerned that the bill brazenly breaks a solemn international treaty and trashes international reputation.”

Ms Truss responded: “We have sought a negotiated solution for 18 months, but as recently as last weekend, the EU have refused to change the text of the protocol.

“That is why there is strong legal justification, as set out in our legal statement for us taking this action because our priority as the United Kingdom Government has to be political stability with their own country.”

“The integrity of the United Kingdom can only be changed by the Good Friday Agreement.”

MPs will vote on whether to carry through the new powers to the next stage in them becoming law tonight.

21 teenagers found dead in South African nightclub, most of them 13-year-olds