Cops launch desperate hunt for ‘wanted man’, 34, ‘on the run’ after body found at address

COPS are hunting for a wanted man, 34, after the body of a man in his 50s was found at a home in Gloucestershire today.

Officers are looking for Liam Hopson, 34, after the tragedy this morning.

Hopson is described as 5ft 11in in height, and with dark brown hair that is cropped and thinning.

He was last seen wearing a blue and white top and trousers.

A police spokesperson said: “Although there is no information to suggest he is a direct threat to others, police are warning members of the public to not approach him and to call police immediately instead. 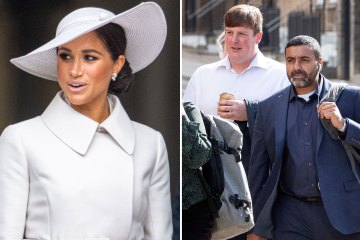 “Officers are in the early stages of an investigation and are working to establish what has taken place.

“The National Police Air Service has also been assisting in the ongoing search.

“Anyone with information, or possible sightings of the man described, is asked to come forward.

“Anyone with information on possible sightings is asked to call police on 101.”

The search began after officers were called to a home in the Barton area shortly after 9am.

A man in his 50s was pronounced dead at the scene.

To speak to the Major Crime Investigation Team, visit gloucestershire.police.uk/contact/af/contact-us/us/a-crime-that-has-already-been-reported/

Witnesses and those with information can also call 101.