CUTTING the cost of your weekly shop is a priority for many families as the cost of living continues to increase.

This means bargain hunters are getting increasingly creative with how to make savings and pull back on spending.

Many are turning to apps like Too Good To Go and Olio to reduce their spending and also reduce food waste.

Bargain hunter managed to slash her food shop from £100 for two weeks to just £18, meaning she spent just £9 to feed herself for a week.

Speaking to money-saving community LatestDeals.co.uk, Mia Munro, 20, said: “I first started getting into bargain hunting when I was around 16 and I received my first wage.

“As an apprentice, I bought an NUS Apprentice Card which allowed me to get discounts on loads of stores. This is when I began deal hunting in earnest. 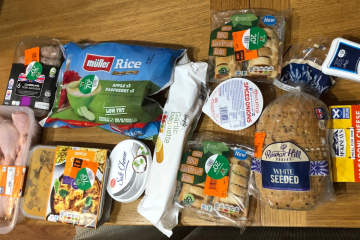 I got a £15 Lidl food haul including meat AND ready meals for 80p, here’s how 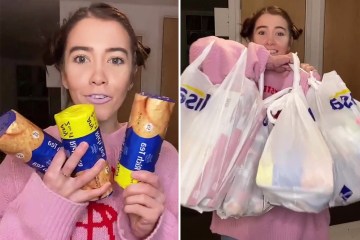 Savvy woman shows off whopping food haul she bagged for just £3.50 thanks to app

“I would find codes I could apply on top of sale items, or codes that gave me free delivery.

“More recently I’ve been travelling a lot more – as a student, this can be a challenge, but by bargain hunting, I’ve also managed to do that on a budget and have gone on 3 trips so far this year!

“In preparation for my next trip, I decided to get a Too Good To Go bag every day, Monday to Friday, and see how many meals I could make out of the supplies I picked up.

“Combined with using food and ingredients in my freezer, I’ve reduced my usual spend of £100 over 2 weeks to just £18!


My neighbours have chopped down MY hedge as they didn’t like it, I'm livid


I sunbathe topless in my garden, my neighbours have full view of my boobs


Men say they hate my lip fillers, but they don't know what I looked like before

“These were good as snacks and desserts over the two weeks – they were large enough that I could cut them up.

“I then went to Starbucks, and I got four items for £3.59 – I worked out that I saved just over £13 overall! In the bag there was a No Meatball Marinara Wrap, usually £5, a S’mores Muffin – usually £2.65 – an Iced Raspberry Swirl, usually £3, and a Banoffee Mini Loaf Cake which is usually £2.75. I took the wrap out for lunch and divided up the desserts over the course of the fortnight.

“Another bag I picked up was groceries from GoPuff – I got my biggest haul yet with bananas which would usually be £1.54, a Muller Corner yogurt originally priced at 98p, 2 packs of 6 medium free-range eggs usually £1.15 each, an organic blue top and green top milk usually £1.32 and £1.69 respectively, a cinnamon swirl which would have been 70p, a 6-pack of white baps originally priced at £1.42 and a ciabatta roll which was 40p – but I got the whole lot for £4 and saved £6.35.

“In Pret A Manger I got two meals worth £6.95 each – the prosciutto macaroni and cheese, and the kale and cauliflower mac and cheese – for just £4, so I saved almost £10 and got some easy meals to take out with me!

“Overall I saved around £36 on this haul and I was able to make plenty of meals using these bags and my existing supplies. For example, I had plenty of fruit for snacks, a number of desserts, some soup for lunch with the ciabatta, pre-made meals from Pret and Starbucks, some milk for breakfast cereals, eggs for omelettes, baps for sandwiches and so on.

“In my city, I’m lucky that lots of supermarkets and stores are offering bags almost every single day so I can really make the most of this and also know that I’m contributing to the reduction of food waste.

“My biggest tip for budding bargain hunters is to use a Supermarket Price Comparison tool. I often make a shopping list of the things I need, and go to one, two, or sometimes even three stores so I can get each item at its cheapest price. Or if I only go to the one store, I will often swap out things I wanted for an item that’s similar but cheaper or on offer.”

Tom Church, Co-Founder of LatestDeals.co.uk, said: “Wow, I’m jealous of the huge range of Too Good To Go bags in Mia’s area – I have nowhere near as many where I live!

“She’s certainly done well to reduce her grocery spend by £80 and make use of these bags, plus her existing food supplies, to get creative and make some bargain-friendly meals.”

A WETHERSPOONS worker has lifted the lid on the things she always hears during her shift. TikTok Kirstin, who posts under @kirsttttttttt, said customers have the same complaints when they reach...

IF they weren’t such a faff, we’d start every day with a poached egg. But despite our best efforts, we always somehow manage to overcook them. Kelly had to make hundreds...