RISHI Sunak brandished his Brexiteer background as he took a thinly-veiled swipe at Liz Truss for previously backing Remain.

The former Chancellor, 42, fleshed out his plan to make the most of leaving the EU, pledging to slash red tape, appoint a Brexit minister, and make snap decisions in 100 days which EU laws to bin for good.

In a bid to woo Suella Braverman and other Brexiteer votes on the right of the party, he promised a “Big Bang 2.0” for the City, and to truly make the most of our new-found freedoms.

It came after he outlined his plans in The Sun at the weekend, vowing only he would “make Brexit sing“.

In a dig at one of his main rivals, the Foreign Secretary Liz Truss, he wrote: “We can only realise the full benefits of Brexit with a Conservative ­Government that believes in these opportunities, and has a clear vision on how to deliver them.

“We’ve done a lot to make the most of Brexit, but there is so much more we can achieve and as a true Brexiteer, I’m the one who can do it.”

Read More on the Tory contest 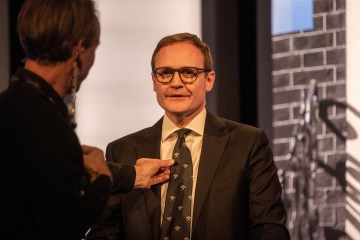 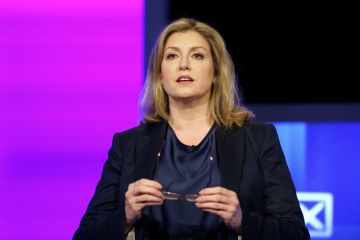 Mr Sunak, who is leading in MP endorsements, is set to get into the final two on Wednesday, before the vote heads to the members to decide who will be the next leader and Prime Minister.

Ms Truss, who backed Remain but has thrown her weight behind Brexit in recent years, faces a battle to get into the run off.

Rising star Kemi Badenoch and fellow rival, Penny Mordaunt, are desperately scrambling for every last vote ahead of the next round tomorrow.

Five candidates will be whittled down to four tomorrow – with Tom Tugendhat set to be knocked out.


I was desperate to leave Love Island & bosses convinced me to stay, says Jacques


I was on Love Island and there’s a part of our day you don’t see, says Antigoni

All will go head-to-head in a second debate clash tonight live on ITV.

Meanwhile, Ms Truss has vowed to tackle the cost of living crisis on day one if made PM.

She says she is the best person to help families feeling the squeeze.

Ms Truss told The Sun on Sunday: “People across Britain are struggling with rising prices and I am absolutely determined as Prime Minister to help them by lowering tax, and delivering the tough change we need on the economy.

“I have the experience, the plan and resolve to deliver that from day one in 10 Downing Street.”

She also set out a tough package of economic reform to support business – including overhauling business rates – and incentives to encourage more companies to invest.