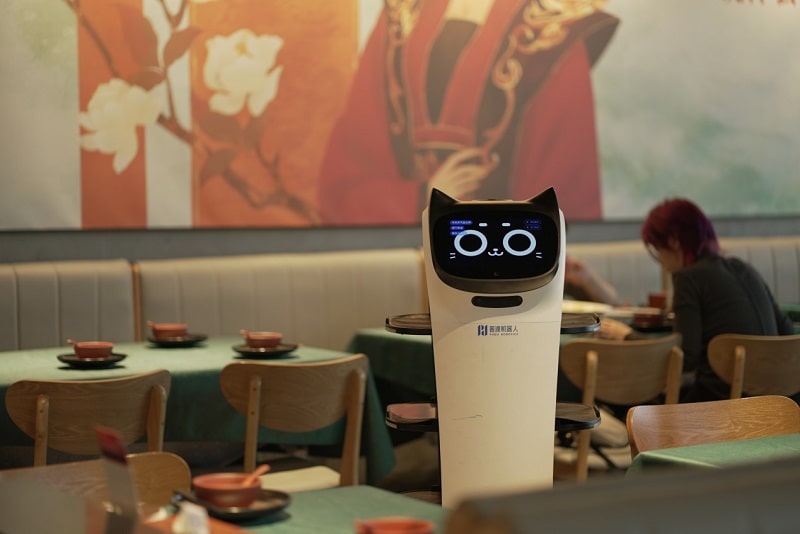 Yesterday morning, Zhang Tao, founder and CEO of Pudu Robotics —China’s leading food delivery robot company, sent an email to its employees, announcing that the company need to make layoffs in order to survive: “We have to make a difficult decision—downsizing our businesses and reducing headcount of our company.”

Founded in Shenzhen in 2016, Pudu Robotics is a top 2 food delivery robot company in China. In September 2021, it announced the completion of C1 and C2 rounds of financing that amount to nearly 1 billion RMB with investors like Meituan, Shenzhen Investment Holdings, Sequoia Capital China, etc.

However, not long after the large-scale funding, Pudu was caught up in rumors of mass layoffs. Information from Maimai (a China-based career and social-networking platform) indicates that the company’s headcount has been on a roller-coaster. Last year, Pudu experienced radical workforce expansion from 300 to 3,000 employees, then laid off around 1,000 people in February this year.  According to anonymous revelations on the Internet, the company will reduce its headcount to 500 in July.

Another post from “Pudu Robotics Colleague Circle” on Maimai showed that no department would be spared in the upcoming layoff, all the fresh graduates would be dismissed, but the company cannot afford the compensation. Except the normal food delivery robots, all the other product lines will be cut 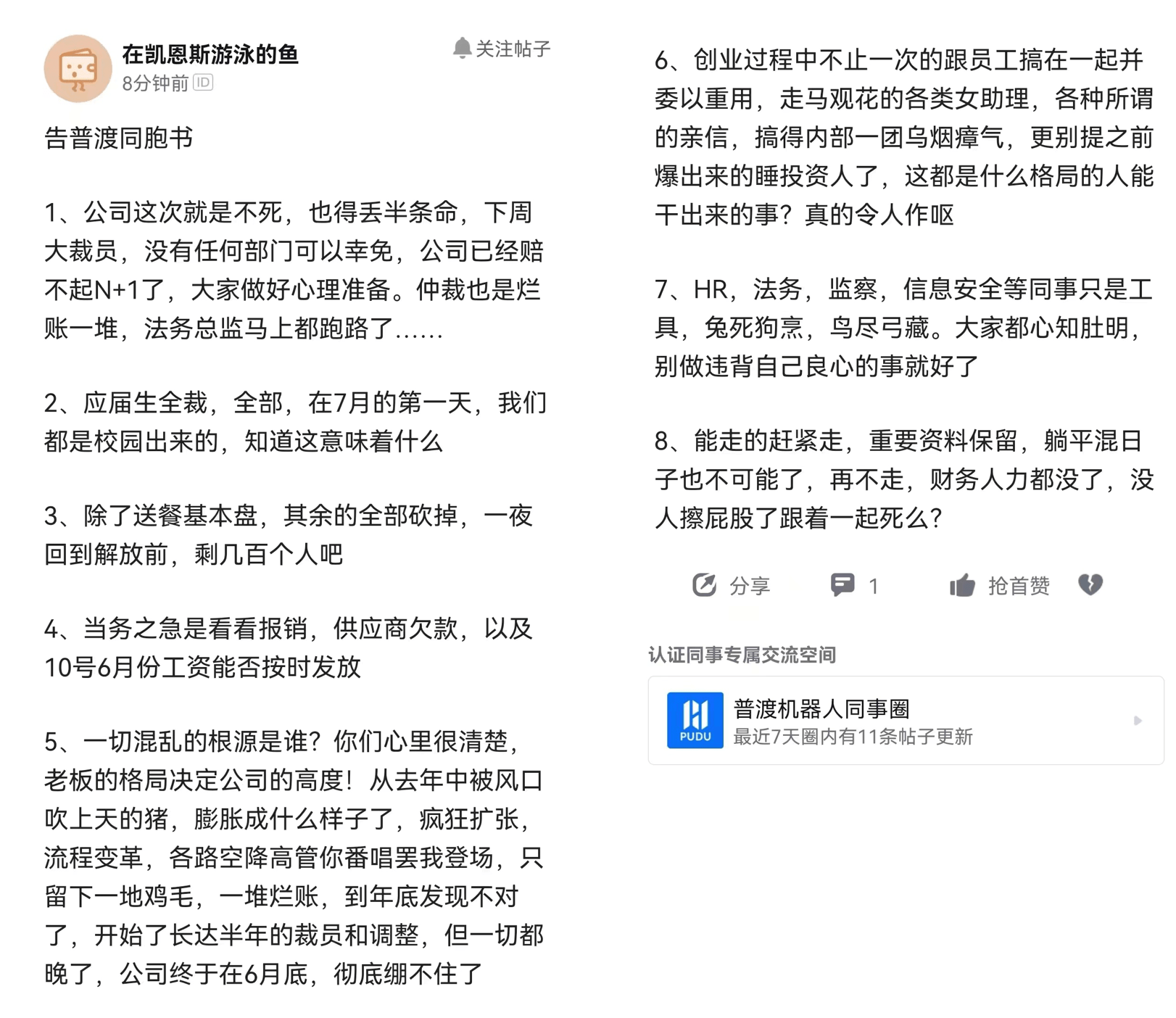 off, and the company is going to keep only a few hundred employees.

(screenshot of the “Pudu Robotics Colleague Circle” post on Maimai)

The author of this article has consulted a number of professionals from the food delivery robot industry, who verified Pudu’s layoffs, but the scale remains unclear.

“Winter has come for the capital markets… This year, we’ve been making ‘weight loss’ adjustments in our businesses and headcount, including the upcoming one.” said Zhang Tao in the email.

According to what published on Pudu’s official website, Zhang Tao graduated from Hong Kong University of Science and Technology. Specializing in artificial intelligence and robotics, computer vision and computer graphics, he founded Pudu Robotics in 2016.

In an interview with Zhang Tao released by Pudu in January 2022, the CEO mentioned that the company has over 2,000 employees. Shortly after that, Pudu began to dismiss workers in more than 20 cities and it is said that around 1,000 employees had been laid off by mid-February.

It is revealed on Maimai that the Pudu’s mass layoffs could be largely ascribed to its ill-judged expansion in the past year, when the headcount underwent a 10-fold increase to 3,000+. After the upcoming layoffs, the number of remaining employees will be less than 1,000, or round 500. 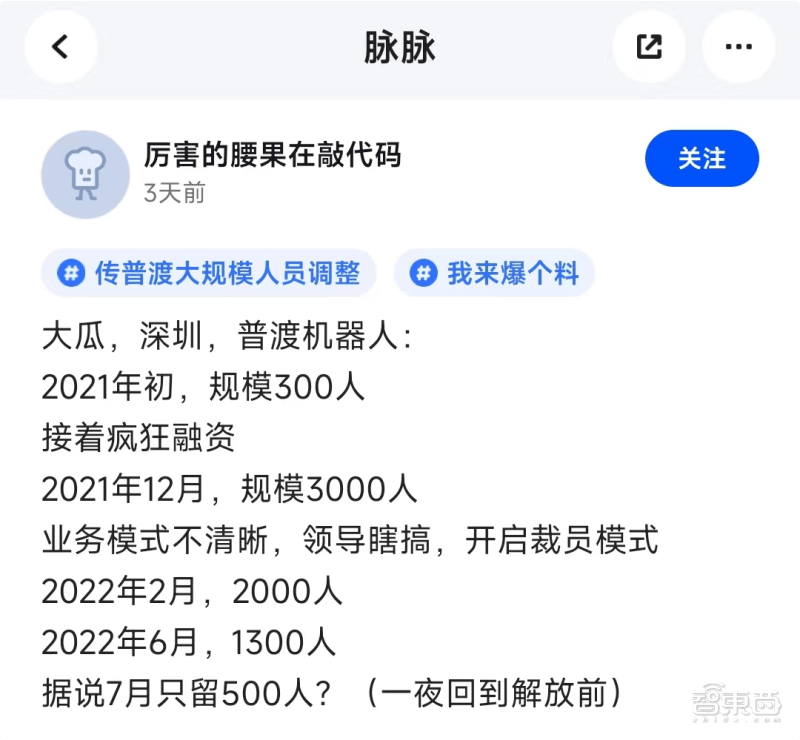 In Pudu’s social media comments, someone asks whether the company has recruiting needs, and get a few replies from those seeming to be Pudu’s employees: “Stop asking about hiring, when layoffs are going to blow your mind” , “precarious work”… The turbulence also seems to exert negative impact on product services: “There is no after-sales service, the headquarter refuses to deal with it.” 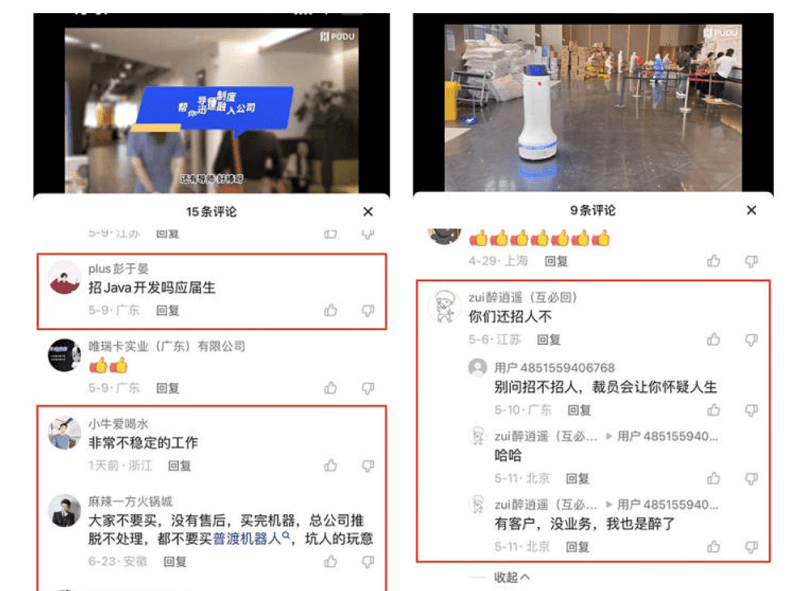 If the scale of Pudu’s layoffs is as revealed, it will cause earthquake to the entire food delivery robot market. According to a latest report by IDC, Pudu Robotics is the second largest player in China’s food delivery service robot market in 2021 with a market share of 25.9%.

Capital support is a key enabler for Pudu’s market achievement. The company has obtained 8 rounds of financing since its establishment, with the latest being the C2 round in September 2021. Its investors include Sequoia Capital, Tencent, Meituan and other giants.

“Since the end of last year, the global capital market has seen a drastic downward trend… As it is going to be a long-term trend, all the companies in the industry will have to face a problem: how to work out a profitable business model to gain profits and realize sustainable development as soon as possible.”

In the past years, Pudu has managed to promote its products in a great number of cities in China. Its delivery robots can be found in China’s famous catering chains like Haidilao, Xiabuxiabu, XiBei. Ever since the COVID-19 outbreak, the catering industry has been among the most affected, particularly in terms of indoor dining. In addition, food delivery robot is limited in terms of application, and its profit model is questionable. According to a recent report by IDC, the market size of China’s commercial service robot industry, despite a YoY growth of 110.4% in 2021, reaches only 84 million in USD.

In spite of the multiple challenges from inside and outside, Pudu is still trying to present a false picture of prosperity. 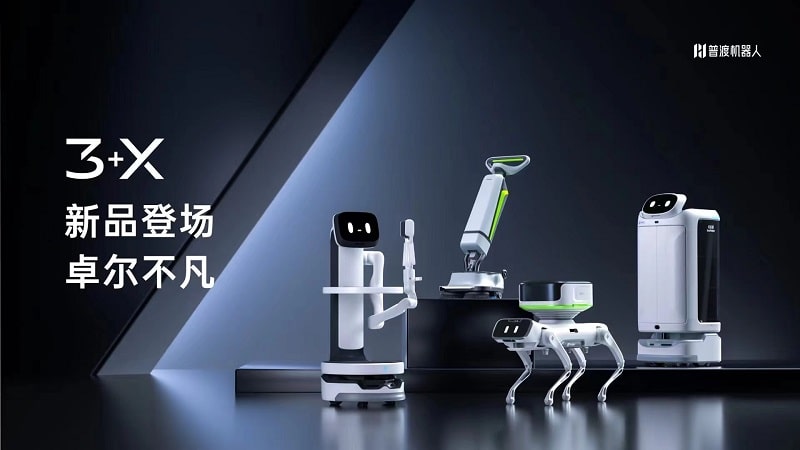 However, these eye-catching robotic products require a lot of R&D investment, and there is still a long way to go before their commercialization.

At one time, Pudu Robotics is considered to be an example of success in commercialization of service robots. Now, whether affected by the economic situation or the company’s own management problems, the future remains problematic for the company.

The email sent by Zhang Tao is as follows: 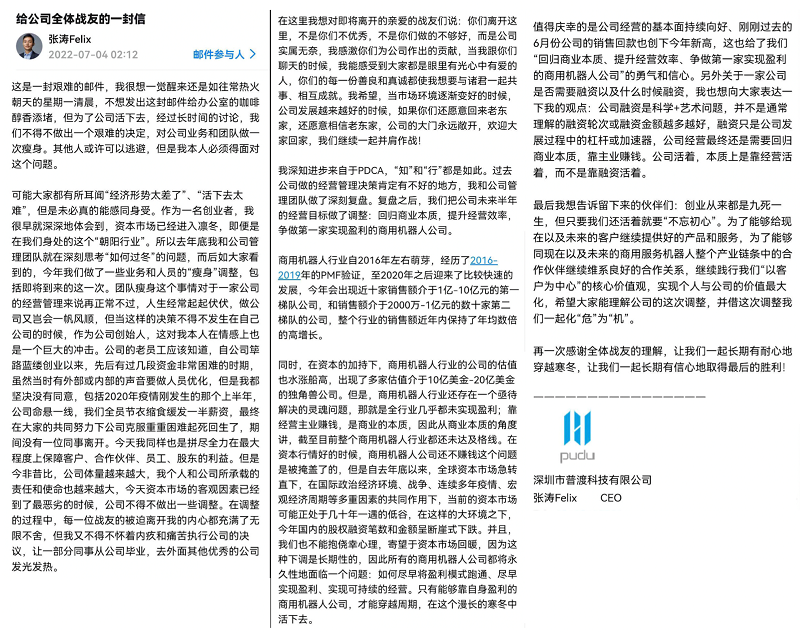 Conclusion: Time to Test the Resilience of the Company

Behind the mass layoffs at Pudu Robotics is the accumulation of a series of management problems. Inside Pudu, the IPO plan is no longer mentioned — survival is the top priority at the moment. Pudu is experiencing its “darkest moment”, and the real challenge is yet to come.

While redacting confidential documents before sharing them is important, there are several things that can go wrong if you decide to do this on your own. In fact, there are many cautionary...

The FCA licensed fintech company Minted App, lets customers invest as much or as little as they want each month, as well as withdraw their physical gold and more recently, silver. Since...

5 Advantages Of Working With An Illustration Agency

You wear many hats when you’re a freelance illustrator; artist, accountant, marketer, and many more. You have to walk the extra mile to succeed compared to those under illustration agencies. One way...

NRI Welfare Society of India is honoring Mr. Timir Naha, CEO and Founder Of Myabcenglish.com and Myabcreading.com on the occasion of 153 Years of Celebrating the Mahatma at the House of Commons,...

With the rapid explosion of Bitcoin, the concept of web3/NFT/Dao has since become a hot topic, stimulating the emergence of a growing number of fun and interesting artistic creations. The most prominent...