A PUB has been slammed for the price of its “special deal” for pie and a pint – with some accusing the landlord of committing a crime.

A picture of a sign boasting a meal and a beer for “only £17” was shared on Reddit, where it attracted plenty of opinions.

The image was captured by a shocked passer-by who posted it on the site with the tongue-in-cheek caption: “Only…”

It’s understood the sign was spotted on a street in – where else – London, the Daily Star reports.

It features cute drawings of a pie and a pint alongside details of the offer, which runs on Mondays and Tuesdays.

And some on social media say they’re concerned what prices are like “from Wednesday on”. 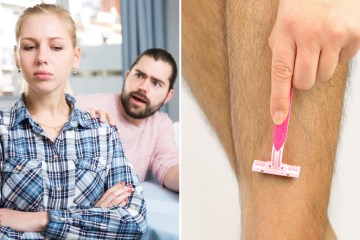 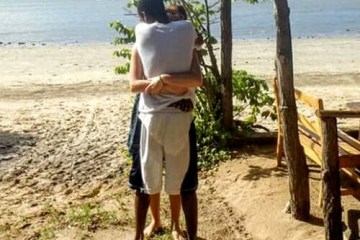 Weird illusion shows couple hugging… but what’s going on with their legs?

“I walk past the place regularly and am bemused each time,” said one.

The writer said the eatery is in Bank, which lies close to the capitals’ financial district.

Another said: “The food is good to be fair but that price is depressing.”

One commenter said the establishment routinely charges £15.50 for a pie and a whopping £7 to £8 for a pint.

However, the situation isn’t as bad as it is for employees at a company in the US, who are ordered to pay for water from the cooler at work.

Reddit user RemyBrady posted a picture of the water cooler with a sign attached to it to the platform.

“If you would like to enjoy this delicious POLAND SPRING WATER please see Sandra or Michelle to get signed up to the very cool WATER CLUB.

“This water ain’t free yo.

“Members are currently enjoying unlimited refills for $5 per month.”

And another horrible boss was slammed after a staff member revealed the manager had put up a poster in the office saying “nobody cares, work harder.”

A photo of the framed picture was posted on Reddit sparking a furious response from users telling the original poster they should quit their job.

The poster featured the ‘In Jail’ square from a Monopoly board, surrounded by text which reads “Nobody cares, work harder, the reward is worth it”.

‘Happy & caring’ boy, 3, pictured after he was mauled to death by dog as cops destroy beast after ‘string of warnings’

THE family of a three-year-old boy who was mauled to death by an out-of-control dog have paid tribute to their “happy little boy”. Daniel John Twigg died in hospital following an...