Silicon Valley CA, June 7, 2022: Lighting has struck twice with Michael-John Toste being the first author to officially send two of his books into outer space for their interstellar premier, before their official release on earth! 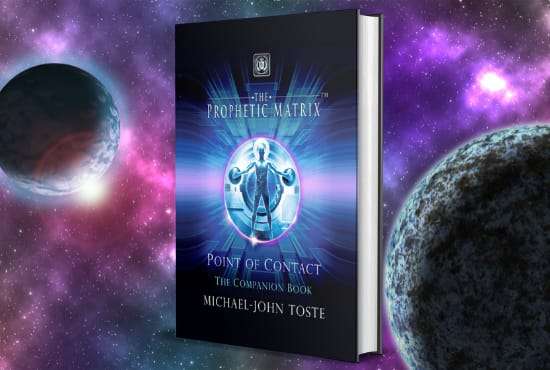 Now the futurist and Destiny Coach has made space history yet again in the publishing industry!

Author Michael-John Toste has followed up his first literary effort with The Companion book, titled Point of Contact. A digital version of his second book was just transmitted into outer space, on June 7, 2022, however, this time its signal soaring beyond the International Space Station. SpaceSpeak.com currently has 13 operational transmitters located around the world (Portugal, UK, Australia, Brazil, US). SpaceSpeak.com has implemented their 24-hour repeat transmission mode which resent the same nonfiction title from each of the transmitters 200 times (i.e., every 5 minutes). The eBook, Point of Contact is currently being sent to an estimated 5000 planetary star systems within 161 light years, (plus thousands of other stars that may also have planets), including reaching Proxima Centauri. Point of Contact journeyed over 2 million miles in the first three hours of transmission and will continue to travel outward.  In 4.25 years it will pass the nearest stars. In a billion years it will still be traveling and will have passed through hundreds of galaxies.

Point of Contact, The Companion Book to The Prophetic Matrix: Unlock The Secret Code To Your Destiny presents a fresh approach to navigating into one’s future with far less turbulence along the way. During these unprecedented times, who wouldn’t welcome an innovative perspective that can assist you to make the right decisions for greater results in life? Point of Contact shares a brilliant method for identifying the distracting voices that operate in the conscious and subconscious mind. These disturbing thoughts often speak to us in ways that cause confusion in our decision-making process and can trigger the mind to malfunction in its attempt to discover the right path to an individual’s destiny. 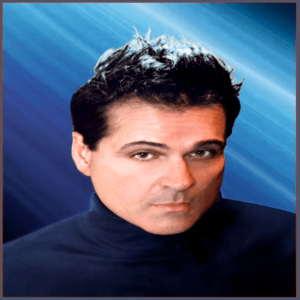 Michael-John Toste is an International recording artist, author, futurist, and Destiny Coach. He was previously the lead vocalist of the concept rock group, the All Sports Band, who achieved chart success throughout the 1980s, including two Billboard Hot 100 hits in the US and a top 20 hit in Germany. With appearances on MTV, Solid Gold, Nickelodeon, and American Bandstand, the All Sports Band was voted the third most popular group in America. Michael-John Toste’s upcoming album Phenomenon features Grammy award winners including Deniece Williams, Bobby Kimball of Toto, and Larry Dunn of Earth, Wind, and Fire. Michael-John hosts a weekly, hour-long radio program called Your Day of Destiny. He recently released the first book in a trilogy, titled The Prophetic Matrix: Unlock The Secret Code to Your Destiny. A digital version of the book was transmitted to the Destiny module of NASA’s International Space Station (ISS) and displayed on a monitor for its interplanetary visual premiere.

For more information on Michael-John Toste and his upcoming work, visit:

PressFarm | Best PR Software and Tools for Press Coverage in 2022

Each month, an average of 540,000 new businesses are established. You did read it correctly. If you wish to start a technology business, you will face tough competition. If you do not...

Mathematician from the U.S. State of Tennessee Stands Up to Dictators

Jonathan Kenigson is brilliant and extremely quirky. He is kind to everyone – animals, plants, and people. But don’t think for a minute that this man is afraid to speak up for...

London - June 17th, 2022 - This morning Homesoutlet announced it has opened its newest retail store in Lakeside Shopping Retail Park West Thurrock. This is the second store in the Company’s planned...

The mayor, who was in the country to inaugurate the bridge, fell into the gutter with his wife and 2 dozen others