THE June 21 Freedom Day may be delayed by two weeks, it was reported last night.

Sources told ITV News that plans are being made to push it back to July 5.

Correspondent Richard Pallot said: “Government sources have again stressed that no decision has been made but I understand that in private other plans are being drawn up.

“If there was a two-week delay then in theory all over 50s would get a chance of a second vaccine.”

The Sun revealed yesterday how a secret plan is being worked on to delay lockdown lifting by two weeks.

Ministers and officials are working on contingency plans to move “Freedom Day” to next month, as well as retaining distancing and limits on fans in stadiums – potentially plunging the Euros into chaos.

It comes after a Public Health England report showed people who tested positive for the Indian variant – also known as the Delta variant – were at 161 per cent more risk of needing hospital treatment within 14 days.

And experts warned the Indian Covid mutation could be 100 per cent more infectious than the Kent variant, which caused the country to lockdown in January.

ITV’s Richard Pallot said: ‘If there was a two-week delay then in theory all over 50s would get a chance of a second vaccine’[/caption]

Ministers could push Freedom Day back to next month[/caption]

Tony Blair called for double-jabbed adults to get freedom to travel, saying it ‘makes no sense’ to treat them the same as those who haven’t been vaccinated[/caption] 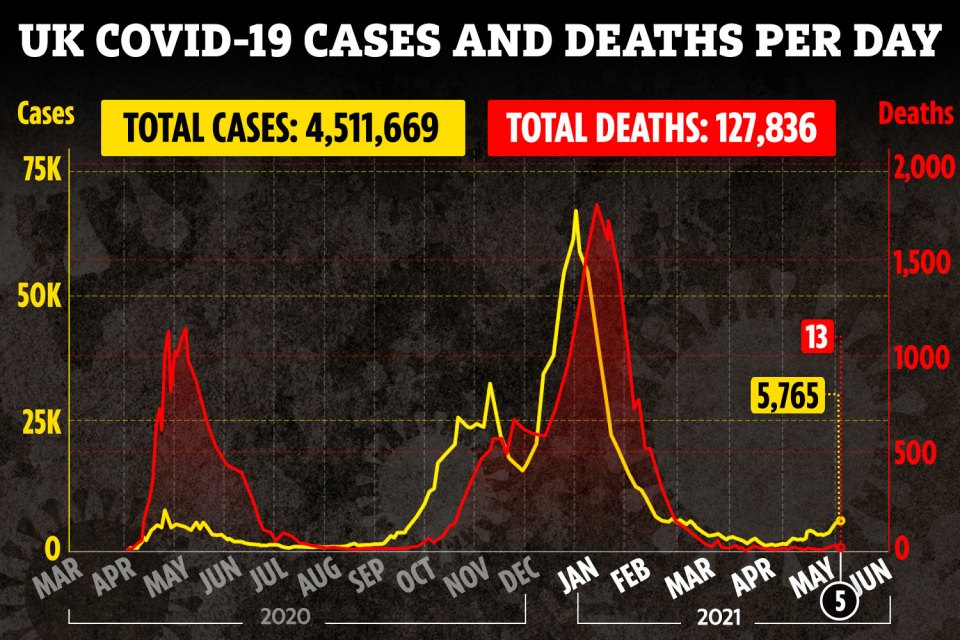 
Loophole allowed 600 cruise workers to fly from India without quarantine


Harry & Meghan's baby 'is due on Prince Philip's 100th birthday'

More than 40million Brits have now had a first jab but the Indian variant is surging.

Ex-PM Tony Blair yesterday called for double-jabbed adults to get freedom to travel, saying it “makes no sense” to treat them the same as those who haven’t been vaccinated.

His Institute for Global Change is proposing a health pass system for home and abroad, saying: “It is vital to have an alternative to the blunt tool of lockdowns.”

Everything to consider before booking a holiday: PCR tests, insurance and more